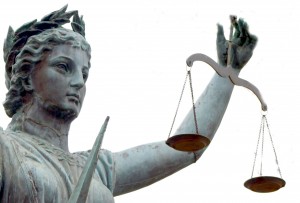 The First Amendment to the United States Constitution embodies one of the most significant and fundamental doctrines in American governance: the right to freedom of expression. It can be argued that, of all the Amendments added to the Constitution, the First Amendment is most representative of the ideals on  which our governmental system was based. The Amendment prohibits the making of any law “respecting an establishment of religion,” impeding the free exercise of religion, abridging the freedom of speech, infringing on the freedom of the press, interfering with the right to peaceably assemble or prohibiting the petitioning for a governmental redress of grievances. The First Amendment has an innumerable quantity of applications, all of which may have a direct impact on the lives of United States citizens. The American workforce is no exception. The government has a long history of protecting the First Amendment rights of workers. Not all types of employees however, are affected equally. In fact, the First Amendment protects the rights of employees in the public sector much differently than it does those in the private sector. Whether the varying standards applied to the different sectors of the workforce are appropriate is debatable, but your inalienable right to have your rights and interests represented is not.

With the recent advances of social media, never has this freedom been exercised by the general public on such a massive scale. Technology has morphed free expression into ways undreamt of by the Framers of the Constitution. Yet without formalizing this right in the constitution, no amount of technology would have allowed freedom of speech to flourish to the degree that it has. The newly acquired speed by which people can publish their words and ideas has led to not just increases in socialization, but has led to people having to face consequences in their employment for things they have communicated online, within the privacy of their own homes.

The attorneys at Gilbert Law Group understand the protections provided to employees by the First Amendment. If your rights have been violated at your employment as a result of something that you allegedly communicated, we are well-equipped to help you to understand your rights and fight for your interests.